What If We Could Predict When An Athlete Was Going To Be Injured? 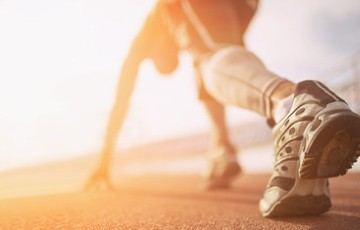 New study from the Society for Risk Analysis quantifies individual risk of injury for athletes using Internet of Things.

Thousands of athletes showcased their abilities for the world in PyeongChang, South Korea, in pursuit of Olympic gold. But for every dazzling triple axel or stellar snowboarding run, athletes face the risk of career-ending injuries.

Athletic performance isn’t the only casualty of sports injuries. These injuries pose economic burdens on athletes and their families and can have long-lasting effects on an athlete’s quality of life.

Published in the journal Risk Analysis, the study, “Mitigating sports injury risks using Internet of Things and analytic approaches,” outlines how injury risk screening procedures can be administered using wireless devices, such as smartphones, connected to a cloud server. This connection between phones, computers and other devices is what researchers refer to as the Internet of Things.

This approach to categorizing injury risks combines the athlete’s previous injury history, data from phones and devices with injury surveillance data. Using cloud-connected smartphones and other devices, various screening tests may be combined from different sources to create a real-time “dashboard” of an athlete’s status. This data may then help identify athletes with higher injury risk, and reduce the economic, emotional and physical toll of sports injuries.

Conventional sports injury management relies heavily on subjective assessment, such as the athlete’s verbal description of pain and discomfort. However, athletes may not always assess their own abilities and injuries accurately. They may start competing before they are ready, which can increase their risk of re-injury. Currently, the most widely used method for assessing injury risk is the Functional Movement Screen, which generates a subjective score based on observed ability to complete the movements.

In contrast, researchers Gary B. Wilkerson and Marisa A. Colston used a smartphone to gather performance data on each individual in the study. To understand the factors influencing an athlete’s risk of injury, this data was integrated with self-reports of previous injuries and longitudinal tracking of exposure to game conditions.

The researchers tracked 43 players from an NCAA Division I-Football Championship Subdivision (FCS) football team, starting one month prior to the start of preseason practice through the conclusion of the season. Information regarding their previous injuries was collected in a 10-item Sport Fitness Index (SFI) survey. Prior to the start of preseason, each player participated in the Unilateral Forefoot Squat (UFS) test. This test assessed their ability to synchronize muscle responses in the legs while maintaining an upright position, a knee angle of 135 degrees and a slight heel elevation for 10 seconds. The researchers measured postural sway jerkiness – an evaluation of postural control.

The use of a smartphone to quantify postural jerkiness using accelerometer output during the UFS test was an inexpensive and efficient way to objectively measure of the athlete’s ability to maintain a postural position through coordinated muscle movements. This data was transferred to the athlete database and integrated with data from the SFI survey. Documentation of game participation and injuries sustained during the season were added to the database to develop the individual’s injury prediction model.

In the analysis of the data, the researchers found that athletes who played at least eight games had more than three times greater odds of injury occurrence than those who played fewer than eight games. Among athletes who exhibited at least one risk factor, 42 percent sustained an injury.

“Assigning all athletes to a single type of training program, without consideration of an individual’s unique risk profile, may fail to produce a substantial decrease in injury likelihood. The results also provide a useful estimation of the odds of injury occurrence for each athlete during the subsequent season.”

This study used only one test to assess physical ability, but there are many other types of screening tests that can be used to assess different aspects of an athlete’s performance capabilities to create a more detailed picture of the individual’s injury risk. Other tests could be used to gauge neuromechanical and neurocognitive abilities and the extent of head injuries.

As smartphones and other IoT devices become more prevalent, various screening tests may be combined from different sources to create a real-time “dashboard” of athlete status indicators. This data may then help to clearly identify athletes with elevated injury risk, thereby supporting efforts to reduce the economic, emotional and physical toll of sport injuries.

The post What If We Could Predict When An Athlete Was Going To Be Injured? appeared first on IoT Business News.

Las Vegas among US cities given grant by Smart Cities Council