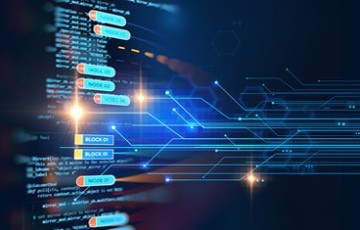 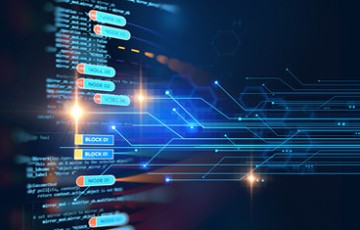 WISeKey International Holding Ltd, a cybersecurity IoT platform company, today announced that its WISeAuthentic IoT Blockchain technology solution has been adapted to provide safer gun-control measures through a trusted blockchain ledger that digitally certifies, identifies and tracks the gun during its life cycle.

These tags, when placed on a gun and tapped by an NFC phone or NFC terminal, securely authenticate and track the gun much like an embedded ePassport, confirm the identity of the product on the blockchain ledger, track the manufacturer, history of purchases and transfers of and guns within its ecosystem. The blockchain ledger, which is secured by WISeKey’s authentication technology, is a creative solution that is trusted, non-reputable, inviolable and resistant to hacking. Due its decentralized architecture, this technology is accessible to vendors, purchasers, and regulators, so creating a trusted ecosystem for the industry.

WISeKey has been a pioneer in digital product authentication and traceability since 2007 and has been recognized as a leader in authentication digital technologies used to digitally tag and protect products against counterfeiting and unauthorized use.

WISeKey’s expertise in the design of NFC secure chips allied with its WISeAuthentic original platform for the identification, authentication, tracking and direct marketing of goods, provides customer-fit solutions for product protection. WISeKey Semiconductors’ team has been working to develop the latest VaultIC407 Secure Microprocessor highly secured chip that can be deployed in virtually all IoT sectors.

Currently, WISeKey IoT has an installed base of over 1 billion VaultIC chips in IoT sectors such as smartcards, smart cities, drones, anti-counterfeiting, smart lighting, servers, mobile phones, etc. WISeKey is uniquely positioned to be at the leading edge of IoT as VaultIC semiconductors produce a huge amount of Big Data that, when analyzed with Artificial Intelligence (AI), can help industrial applications predict the failure of their equipment before it happens. Imagine an intelligent car with a system processing authenticated data for each of the vehicle’s components, being able to detect if/when different parts will require service and to digitally sign all the logs required to prove that service was provided.

This platform can be used in multiple industrial applications, allowing for optimized productivity across industries through predictive maintenance on equipment and machinery, creating truly smart homes with connected appliances, and providing critical communication between devices, including self-driving cars and smart homes. The possibilities that IoT brings to the table are endless. WISeKey’s technology creates a platform that helps connected devices become intelligent devices that can learn from attacks, defend themselves, and transfer this intelligence to other devices in the network.

As part of the complete offering, the VaultIC154 Near Field Communication (NFC) secure element is integrated in a new gun frame or physically associated to an existing one, to give the firearm a strong identity managed over a distributed blockchain ledger. WISeKey’s digital identity solutions also permits the improvement of the accuracy of the background checks of the gun owner.

Recent agreements for WISeKey in the IoT segment include partnerships with market leaders such as SAP, CISCO, Microsoft, IBM, Mastercard, SigFox and others, to secure IoT devices and the increasing amount of sensitive data exchanged between these devices. The IoT chips produced by WISeKey allow companies to provide users with applications designed to offer increased control over the use of resources, improve efficiency, optimize processing of information, secure autonomous vehicles and connected cars, secure medical wearable devices and improve public safety. In the United States, WISeKey’s chips secure and authenticate over 50 million routers using unique Secure Certificate based IDs and encryption (SSH) keys. This technology is also used in closed-circuit TV (CCTV) or DVR devices and satellite antenna equipment.

Mukesh Malhotra: Thought the internet was life-changing? Here comes the Internet of Things