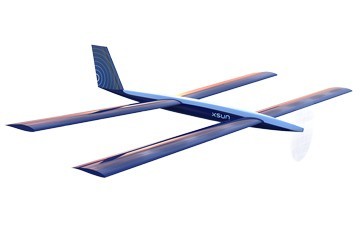 XSun’s SolarXOne is designed to be autonomous in energy and flight control to enable long-endurance flights for agriculture, maritime, land and industrial infrastructure surveillance.

XSun, a startup based in France, architected the 4.5m-wide SolarXOne with a wide surface of solar panels and a large variety of sensors, giving it the ability to fly autonomously for days, covering long distances while collecting data.

Supported by distributor Sphinx Connect France, XSun chose Sierra Wireless’ device-to-cloud solution to enable reliable connectivity and real-time data transmission, which allows its customers to see exactly what’s happening on their sites at any time, so they can intervene quickly, even immediately, in the event of an emergency. The Sierra Wireless solution also enables XSun to measure data consumption and manage its entire fleet lifecycle from its control center.

“Our mission is to create a UAV with the maximum level of autonomy to release the full potential of drones,” said Benjamin David, CEO and founder of XSun.

“Sierra Wireless provided us with a complete solution to cover all aspects of communication and monitoring, including multi-operator coverage to ensure a continuous connection between the drone and XSun’s control center. This allows us to focus on bringing a drone to market that can secure critical infrastructure, protect the environment and save lives.”

Critical infrastructure, such as oil and gas pipelines, railways, and electrical grids, must be monitored on a regular basis. Today, this is often done by a piloted helicopter, which has a very high cost and limited range. The SolarXOne is a much more cost-effective, energy-efficient and safer option, plus the drone can fly at a lower altitude, providing higher resolution data. It can be reliably operated from hundreds of kilometers away, flying for days instead of hours, making it ideal for surveilling large areas for applications such as commercial farming, search and rescue, and monitoring for forest fires.