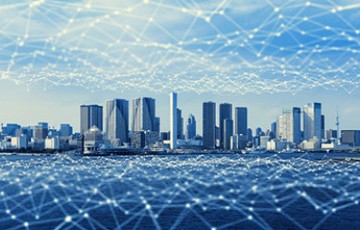 Two-thirds of the world’s mobile connections will be running on 4G and 5G networks by 2025, according to the new 2018 edition of the GSMA’s ‘Mobile Economy’ report, published today at Mobile World Congress.

It is forecast that 4G will account for 53 per cent of global mobile connections1 by 2025 (up from 29 per cent in 2017), while 5G networks will grow to account for a further 14 per cent, following the launch of the first commercial 5G networks this year. The report also measures the growth of the Internet of Things (IoT) over this period and the mobile industry’s increasing role in contributing to economic growth and social development.

“We are at the dawn of a new era in mobile with the imminent launch of the first 5G networks and the Internet of Things poised to further transform the way we live and work.”

“Meanwhile, operators continue to expand and upgrade their 4G networks in order to provide an evolutionary path into the 5G era, and also evolve their offerings to unlock new revenue streams in areas such as e-commerce, content, lifestyle, advertising and marketing, and identity and security.”

“As the mobile industry moves into the 5G era, the need for pro-investment, pro-innovation policies and modernised regulatory regimes has never been greater,” Granryd added. “Streamlined regulation and further policy developments in three main areas – spectrum, infrastructure and economics – are key to realising the full potential of 5G for consumers, society and industry.”

Growth in 4G, 5G and the Internet of Things

In under a decade since the first commercial 4G networks were launched, 4G is on track to become the world’s leading mobile network technology by next year and to account for more than half (53 per cent) of global connections by 2025. During this period, operators will also be investing in new 5G networks; beginning this year, the first wave of 5G launches will occur in North America and major markets across Asia and Europe. 5G connections are forecast to reach 1.2 billion by 2025, accounting for 14 per cent of the total connections at that time.

Meanwhile, growth in the IoT will be driven by a proliferation of uses cases for smart homes, cities, buildings and enterprises. GSMA Intelligence forecasts that the number of IoT connections (cellular2 and non-cellular) will increase more than threefold between 2017 and 2025, reaching 25 billion. To date, 23 mobile operators have commercially launched 41 Mobile IoT networks worldwide across using the NB-IoT and LTE-M standards.

The mobile industry signed up its 5 billionth unique mobile subscriber3 last year and is forecast to add almost another billion by 2025, reaching 5.9 billion subscribers – equivalent to 71 per cent of the world’s expected population by that point. Subscriber growth over this period will be driven by developing countries, particularly Bangladesh, China, India, Indonesia and Pakistan, as well as markets across Sub-Saharan Africa and Latin America. Further, by 2025, it is expected that 5 billion subscribers will be using their mobile phones to access the internet, up from 3.3 billion in 2017.

A Growing Contributor to the Economy and Social Development

The mobile ecosystem accounted for 4.5 per cent of global GDP globally in 2017, a contribution equivalent to $3.6 trillion in economic value added4. This contribution is forecast to reach $4.6 trillion, or 5 per cent of GDP, by 2022 as countries around the globe increasingly benefit from the improvements in productivity and efficiency brought about by increased take-up of mobile services and M2M/IoT solutions. In 2017, the wider mobile ecosystem also supported 29 million jobs (directly and indirectly) and made a substantial contribution to the funding of the public sector; almost $500 billion was raised through general taxation, plus a further $25 billion via mobile spectrum auctions.

The report highlights that, in addition to contributing to economic growth, mobile technology is increasingly being used to address the challenges of access, cost and quality of service in key sectors such as healthcare, agriculture, utilities, education and financial services. Following the mobile industry’s commitment to helping deliver the UN’s Sustainable Development Goals (SDGs) two years ago5, the report notes that the industry is making an important contribution across all 17 SDGs as a result of three key trends: better networks, greater connectivity and increased use of mobile-enabled services.

“Two years into the 2030 Agenda for Sustainable Development, the mobile industry is increasing its impact across all 17 SDGs as a result of wider mobile reach and better networks,” added Granryd. “There is also growing adoption of mobile-based tools and solutions that aim to spur the digitisation of systems, processes and interactions across a number of industries, especially in low- and middle- income countries.”

1 There were 7.8 billion SIM connections in 2017, excluding cellular IoT, forecast to rise to 9 billion by 2025.
2 Licensed cellular IoT refers to cellular M2M (2G/3G/4G/5G) and Mobile IoT (NB-IoT/LTE-M).
3 A unique mobile subscriber represents an individual that can account for multiple SIM connections
4 GDP contribution includes direct mobile ecosystem contribution (1.4% of GDP); indirect contribution (0.6%); and productivity improvements (2.5%).
5 At Mobile World Congress 2016, the mobile industry became the first sector to commit as a whole to the Sustainable Development Goals (SDGs) – a universal plan unanimously adopted in 2015 by all 193 countries in the United Nations General Assembly to end poverty, protect the planet and ensure that all people enjoy peace and prosperity.

How Are Digital Transformation Strategies Changing?