Long drawn processes, paper trails, and cumbersome authentication processes have long been synonymous with the banking industry. While online transactions have become somewhat seamless, processes like opening an account or taking a loan still leave a lot to be desired. Primarily, the problem is trust – or rather how to establish it. Signzy Technologies a Bangalore based AI and Blockchain driven startup is helping banks solve this problem by offering trust-as-a-service.

Founded in 2015 by Ankit Ratan, Ankur Pandey, and Arpit Ratan, Signzy is helping digitize customer authentication and onboarding while minimizing the risk of fraud. They use the power of technology to simplify the authentication process, run background checks, and manage contracts. Signzy says their tech platform can increase productivity by 3x while bringing down operational costs by 75 per cent! See how it works.

Signzy recently raised $3.6 M Series A funding led by Stellaris and Kalaari and plans to invest in building a new trust protocol. The aim is to use AI and bring human like fraud detection capabilities to the system. They are also exploring Blockchain and face ID to secure document and consent with a few clicks. 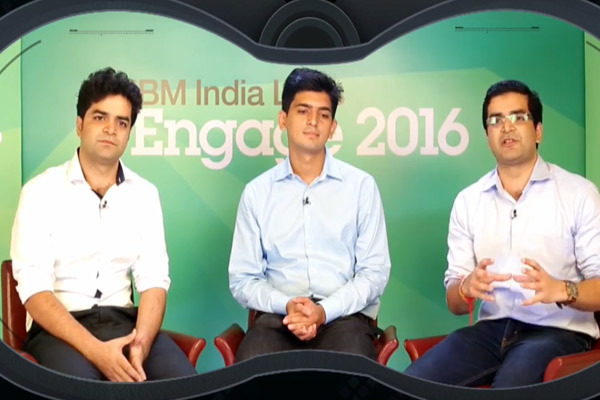 "We have seen great success in processes where we have used AI and Machine Learning, and we want to continue exploring that front" – Ankit Ratan, Founder, Signzy
Watch a conversation with Ankit here.

Over 50 financial institutions in India, including Mswipe, PayU, SBI and ICICI Bank, have already signed up for Signzy and the are working on expansion plans in SE Asia.

Have a great startup story? At Interchange, you can:

The IoT Building Blocks for a Smarter Life